How To Prevent Vector Borne Diseases Like Zika, Malaria & Dengue

The latest health-scare terminology is "vector- borne diseases" and we're all wondering what a mathematical -sounding term like "vector" has to do with mosquitoes.

What is a Vector-Borne Disease?

Vectors are viruses or bacteria that are able to transmit infectious diseases from animals to humans or between humans. Many of these vectors are bloodsucking insects that consume disease-producing microorganisms along with the blood from an infected host (human or animal) and later inject it into a new host while sucking their blood

Vector Borne diseases like malaria, zika, dengue, and chikungunya are caused by mosquitoes. Malariais transmitted through the bite of the female anopheles mosquito, which is active from dusk to dawn. The Aedes mosquito transmits the microorganisms that cause chikungunya, zika and dengue fever, which is active during the daytime, especially dawn & dusk.

Many children of pregnant women who were infected with the Zika Virus have been born with microcephaly. Though there is evidence for the link between the Zika virus and microcephaly, more research is needed. Some health care authorities have also observed an increase of the Guillain-Barré syndrome in areas where Zika Virus was rampant.

The Aedes mosquito that transmits the Zika Virus also spreads dengue and chikungunya viruses. It's active during the day, especially early mornings and early evenings.

With no vaccine or treatment available for the disease, doctors advise patients to get plenty of rest, drink fluids to prevent dehydration, take pain relief and fever medicine, and avoid non-steroidal anti-inflammatory drugs. As the symptoms for Zika Virus, dengue fever, and chikungunya, there are blood tests to verify which disease you have.

Zika Virus Disease is rarely fatal, patients recover in a few days. The disease can be transmitted from mother to fetus, which is why it is considered dangerous.

Annually more than 600 000 people die around the world due to this disease, most of them children under 5 years of age.

The disease is prevalent in India, Southeast Asia, Southern China, Mexico, Africa, Central and South America, etc. Ask your doctor for a detailed list of areas where Dengue is prevalent, while travelling outside the country.

There are no approved vaccines currently available for Dengue Fever, though quite a few are in the developmental phase. There are no specific cures or medications for Dengue Fever. Dengue victims are advised to drink plenty of fluids to avoid dehydration from vomiting and high fever.

Pain relief tablets containing acetaminophen are prescribed for pain and fever relief. Pain relief medication such as aspirin, ibuprofen and naproxen sodium may increase bleeding complications- care should be taken to avoid them.

While not all symptoms may occur at the same time, your doctor will run blood tests to determine for Dengue Fever.

Africa, Asia, Europe, and the Indian and Pacific Oceans have all seen outbreaks of this debilitating fever.

Again, there is no approved vaccine or treatment for Chikugunya Fever. As the symptoms for Chikungunya and Dengue are similar, your doctor will need to run blood tests to determine which disease you have contracted.

Plenty of rest of rest, along with fluids to rehydrate the patients are the only treatment available. Pain relief and fever medication like ibuprofen, naproxen, acetaminophen, and paracetamol are prescribed.

As with Malaria and Dengue, the only recommendations for Prevention are:

Symptoms usually last a week. However, for many people the joint pain may persist for months.

The disease may not be fatal, but the symptoms are severe and disabling (some patients may never recover). 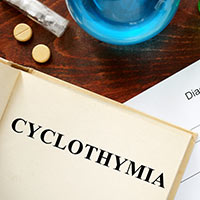 Cyclothymia, also referred to as cyclothymic disorder, is a mental illness chara.. 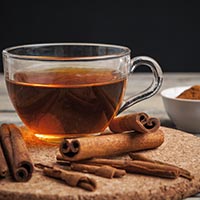 In these days and times of health uncertainties, many of us are focussing on bui.. 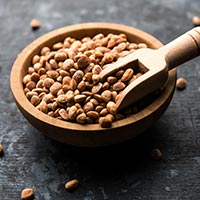 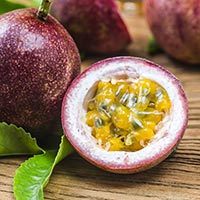 Passion Fruit: Include This Nutrition Po..

Passion fruit is a creeper vine species of passion flower, a kind of berry avail..