Indian Vice President M. Venkaiah Naidu said on Saturday eye ailment is a major problem amongst the children in this country. Inaugurating the 32nd Intraocular Implant and Refractive Surgery Convention 2018 here Naidu said: "It is no secret that eye ailment is a major problem among the young children. We feel pity to see young school-going children wearing spectacles." 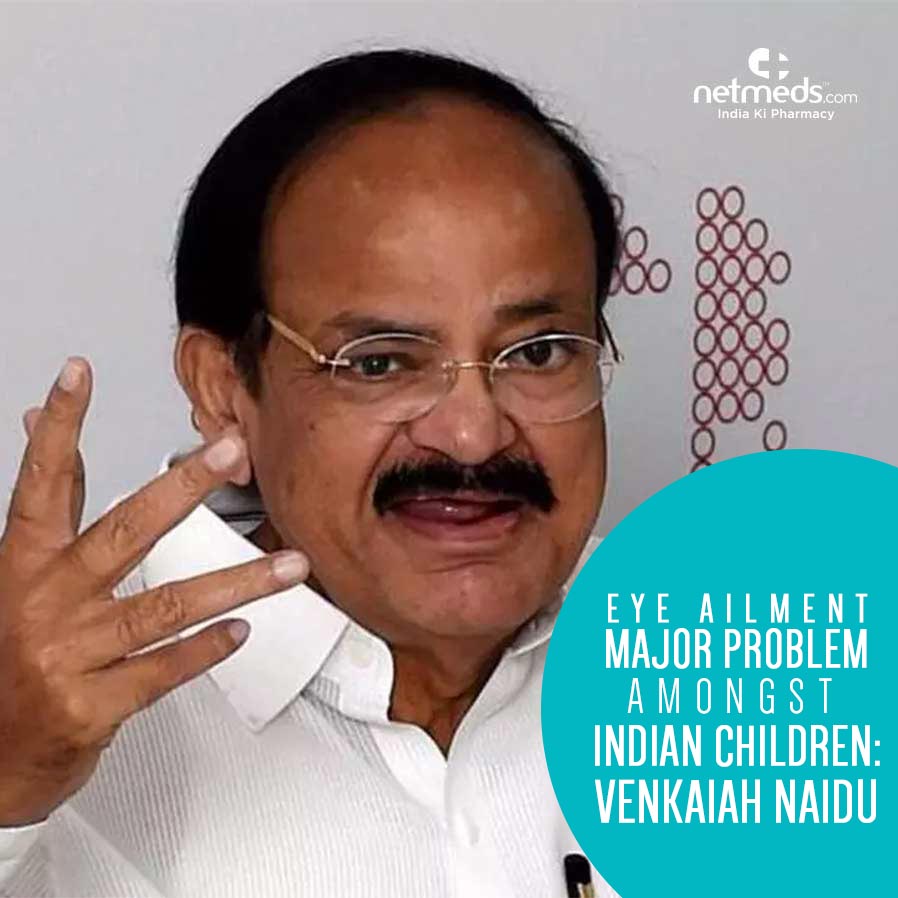 According to Naidu, unlike in the past when the impression was urban school children are more prone to eye ailments, now even in children in rural schools suffer from myopia. “Excessive exposure of children to video games, mobiles, computers, televisions have been adversely impacting their eye health. Moreover, India has become the diabetes capital of the world with as many as 50 million people suffering from type-2 diabetes. We can well imagine the multiple challenges before the ophthalmologists," Naidu said.

Naidu said eye care in India has come a long way now and the growth of super-specialty eye hospitals across the country more so in South India testifies to the developments in the eye care sector. No doubt, today patients have access to quality eye care. But given the sheer size of disease burden, the facilities are still deficient.

Similarly, around 20 per cent of people are blind due to refractive error. Another major area of concern is 'Diabetic Retinopathy'. It is the most well-known ocular complication of diabetes and the leading cause of blindness among people between 20-64 years, Naidu said. Expressing his happiness at NPCB's target of 50,000 eyes donation in 2017-18, Naidu said the actual achievement was 69,343 eyes donation.

"The sublime ethos of helping a vision impaired person to gain eyesight through voluntary eye donation must be inculcated among the young children in the schools. Mass media can play an important role in popularising eye donation," Naidu said. (IANS)