Dermatomyositis is a rare inflammatory disorder that affects the skin and the muscles in the body. This disease, a type of inflammatory myopathy, is characterised by skin rashes and muscle weakness. The onset of this condition is generally between the ages of 50 – 65 in adult men and women, but it can also develop in children in the age group of 5 – 15 years. Although dermatomyositis is witnessed in both men and women, it tends to predominantly impact females.

In general, dermatomyositis is not a serious disease when symptoms are mild, but being a long-term illness with no cure, the discomforting signs undeniably worsen with age and can result in challenges in swallowing food and even breathing difficulties, if the muscles in the oesophagus and chest are hampered. However, proper medical treatment helps in alleviating symptoms and healing skin rashes, uplifting muscle strength, that aid the patient in managing the signs of dermatomyositis. 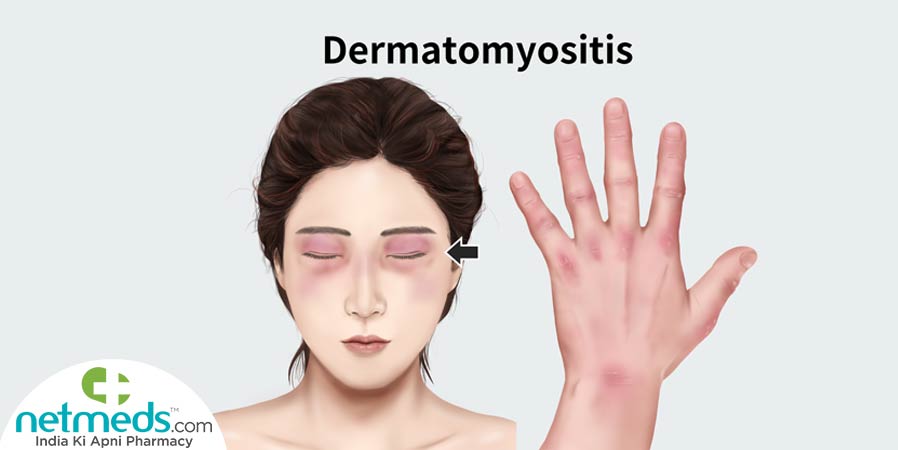 The exact cause of dermatomyositis is not known, but the ailment displays patterns of onset and progression similar to autoimmune disorders, wherein the immune system targets its own cells and tissues, mistaking them to be invasive foreign microbes/particles.

The typical indications of dermatomyositis either arise all of a sudden or emerge gradually over time and comprise:

In some instances, dermatomyositis leads to grave complications as more muscles in the body are impaired, such as:

As dermatomyositis progresses in an individual and restricts more muscle groups in the body, it increases the risk of developing related health anomalies, such as Raynaud’s disease wherein blood circulation is obstructed to extremities of fingers, toes with bluish discolouration, as well as lupus, rheumatoid arthritis, cardiovascular disease, lung ailments and even ovarian cancer.

The doctor conducts a series of diagnostic analyses to confirm if the patient has dermatomyositis, which consist of:

Though there is no cure for dermatomyositis, the symptoms of this inflammatory disorder can be managed with pertinent treatment measures, such as:

The healthcare provider also advises the patient to wear protective clothing and apply sunscreen while going out, to prevent skin rashes from becoming more severe owing to sun exposure. These remedial measures help to cope with the persistent muscle weakness and skin inflammation in dermatomyositis and restore muscular movement and functions in the patient. 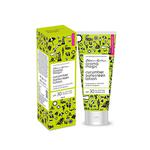