The news item about sudden coital deaths got 40-year-old Suresh, worried. He was warned by his doctor to be careful. In view of his having diabetes and hypertension, he was a potential candidate for heart attack. 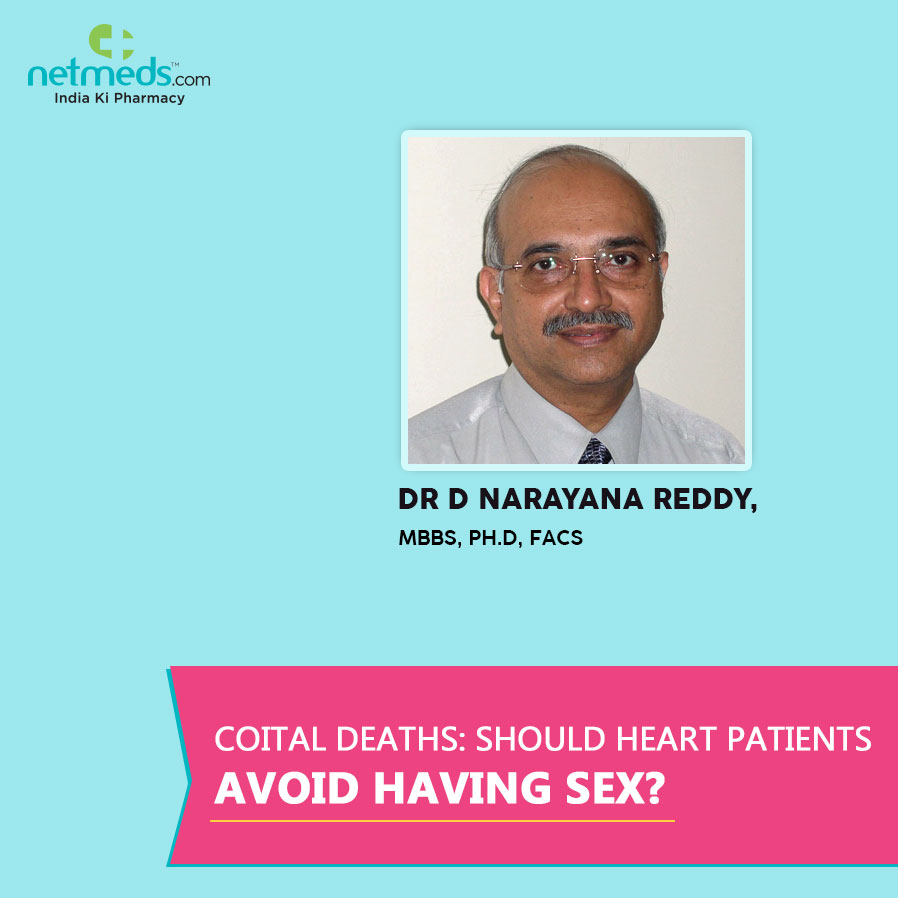 With guesstimates of millions of Indians having cardiac problems the predicament faced by Suresh may become a common occurrence.

There is no need to panic and avoid sex after diagnosis of a heart disease.

By and large, if the person can walk briskly or climb two flights of stairs without developing chest pain or undue breathlessness, then he can safely have sex.  Alternately, he can undergo a treadmill test and if the results show good exercise tolerance, he can have sex.

The American Heart Association’s Scientific statement in 2012 clearly states that only about 1% of deaths in cardiac patients occurred during sex.

It is worth noting that in the majority of these cases, sex was identified as Extra Marital and overeating and drinking were also noted.

Studies show that people with existing cardiac conditions will develop chest pain only when the heart rate touches 135/min.  Thankfully, nature has ensured that even at the peak of an orgasm the heart rate touches only 117/min.  The energy cost during an orgasm is 4.5-5.5 mets (metabolic equivalents meaning 3.5ml of Oxygen consumption/kg body weight/ minute).  The ability of those individuals who have suffered heart attack is 8 to 9 mets.

To sum up, the overall risk is very low.  If you are concerned, talk to your doctor.  If you are at risk, then there are things you can do to reduce your risk but abstaining from sex is not one of them.

Guidelines For The Brave Hearts:

Avoid sexual activity with persons other than your own marital partner.  Extra marital sex tends to increase the heart rate even more than usual.

Heavy meals and alcohol prior to the sexual act, will necessitate additional effort. Allow 2 to 3 hours after a good meal.

It is better to have sex in the morning or after a period of good rest when one is not fatigued.

Do regular exercise under your cardiologist’s supervision, so that sexual activity will not be an unaccustomed exercise.

Inform your doctor that you have taken tablets containing Sildenafil Citrate (like Viagra) if you develop chest pain during the sexual act and if you have used that medicine.

Dr D Narayana Reddy, MBBS, Ph.D, FACS is a well-known Sexologist from Chennai. He can be contacted at degainstitute@gmail.com or visit www.drnarayanreddy.com.