Club foot, medically termed talipes equinovarus, refers to a congenital condition i.e. one that is present in babies right from birth, characterized by oddly bent shape and peculiar alignment of the feet. This defective ailment can develop in either only one foot or in both the feet, with the thin cord-like tissues linking the muscles to the bone – the tendons, being shorter than the normal length. While club foot can occur in both male and female babies, it tends to affect young boys more frequently. Generally, club foot does not happen alongside other health issues at birth such as congenital heart disease that affects cardiac functions, Hirschsprung disease that impedes growth of the large intestine in the gastric tract, and arises separately in an otherwise healthy newborn. 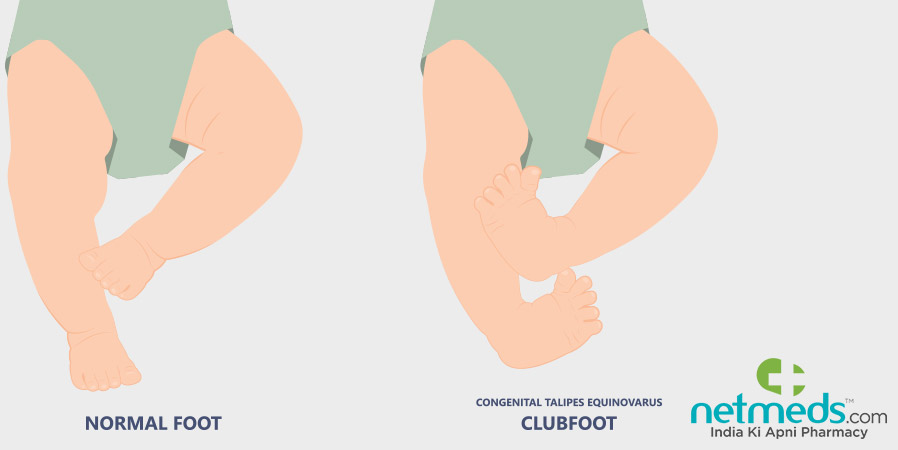 Although it is not a life-threatening birth-related illness, club foot nevertheless poses challenges in walking normally as the child grows up. Moreover, in some instances, talipes is quite mild while at times, it can be rather severe. Hence, the doctor advises the parents to get the foot abnormality of clubbed feet treated promptly following the birth of the child. Treatment involves either non-surgical or surgical methods which resolves the foot deformity and enables the child to walk normally and support the feet in a straight manner with the body.

The exact cause of club foot is not known and it hence referred to as an idiopathic congenital disorder. However, doctors and medical researchers attribute the occurrence of club foot to specific factors including:

Family History: If either one or both parents already have clubbed feet, then the child is at a higher risk of developing the condition as well

Associated Congenital Disorders: In some cases, club foot develops along with other birth defects such as spina bifida, wherein the spine and spinal cord fail to develop properly or do not close in the correct manner, which in turn leads to scoliosis with increasing age

Surrounding Environment: Unhealthy habits of smoking tobacco, drinking alcohol during pregnancy by the mother invariably increases the chances of club foot and other birth defects in the child

Lack Of Sufficient Amniotic Fluid: Sometimes, when not enough amniotic fluid is present around the baby in the womb, it makes the newborn more susceptible to acquiring foot deformities

Although club foot triggers numerous unusual indications, it mostly does not cause any pain or discomfort by itself. However, with increasing age, the child affected by club foot is more predisposed to health complications such as arthritis, limited flexibility in feet with difficulty walking normally, abnormal gait and manner of standing, walking, as well as foot sores, corns and calluses forming in the feet.

The diagnosis of club foot is conducted by the doctor soon after the baby is born, by a thorough external physical examination of the newborn’s feet and assessing the shape and positioning of the limbs. In most instances, X-rays are not required to confirm the diagnosis, but the physician suggests taking X-rays in some cases, to determine the severity of talipes in the child.

Furthermore, during routine ultrasound exams in week 20 of pregnancy, it is possible to spot club foot in the developing baby within the womb. Though it cannot be rectified prior to delivery of the child, detecting instances of club foot in advance helps in prompt treatment of the foot defect in the baby soon after birth.

Club foot can be fully corrected in the newborn and since the bones, joints and tendons are highly flexible in babies, the medical practitioner begins the treatment in the first or second week after birth. This not only rectifies the odd appearance of the feet but also positions them properly before the child learns to walk and thus averts the risk of debilitating conditions like osteoporosis, arthritis later on in life.

The healthcare provider analyses the severity of club foot and utilizes one of two methods – stretching and casting or surgery – to mend the foot deformity.

Stretching and casting entails moving the baby’s feet to a correct position and placing a cast at that point to hold it in tightly. This cast is then removed and repositioned every week and finally a minor surgery to lengthen the tendon in the feet is performed, to ensure proper shape and alignment of the baby’s foot. After this is completed, the medical expert advises the parents to carry out routine stretching exercises with their child, as well as to make sure the baby wears special shoes and braces to help move, walk and align the feet properly. This is recommended up to 3 years of age, following which club foot is completely rectified and the child can move and walk normally.

Sometimes, in severe cases of club foot, invasive surgery is required in the early months after the baby is born. Here, the orthopaedic surgeon lengthens or repositions tendons and ligaments in the affected feet. Post the surgery, the child will need to wear special braces for up to one year. Thus, this resolves the aberrant shape of the feet and enables the affected child to walk normally. 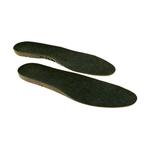