Amazing Benefits Of Betel Leaves Nobody Told You

Betel leaf is a vine from the family of Piperaceae, mostly consumed in India and Asia as a ‘Paan’ along with ‘Arcea Nut’ or tobacco. 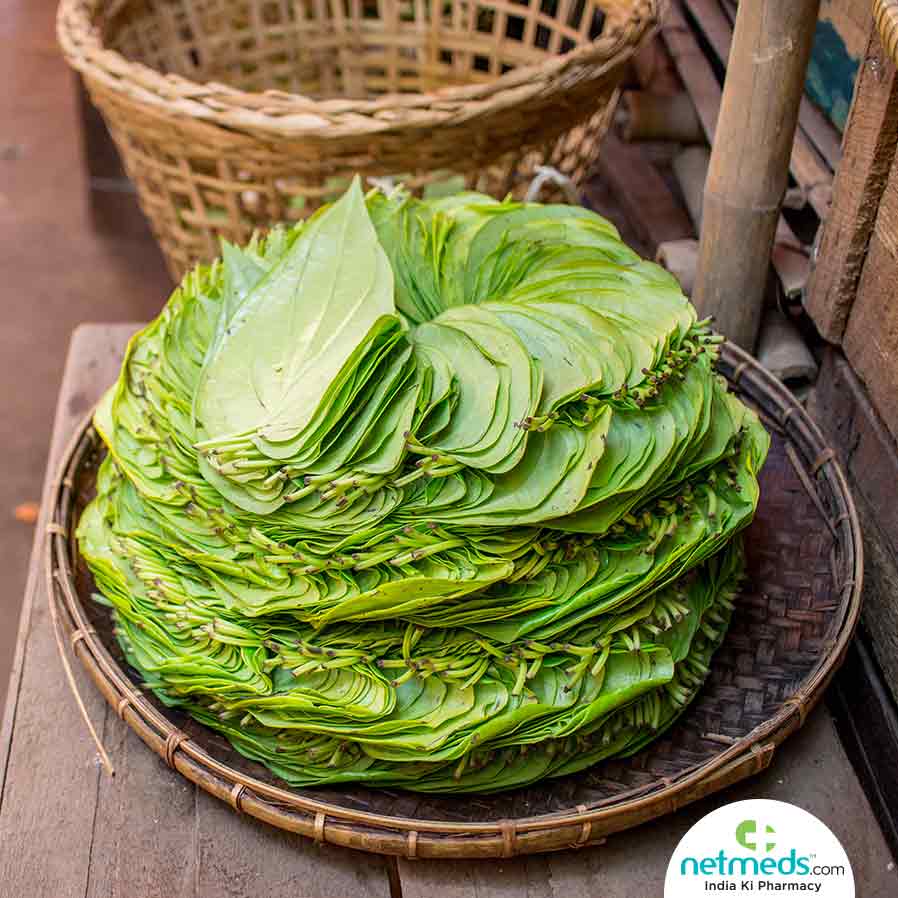 While many look at it as ‘Paan’ consumed after a good meal or just as a habit, it also has a significant place during religious rituals in India.

In India, the sheaf of betel leaves is offered to Gods, elders in the family as a mark of respect during festivals and functions. However, these glossy, heart-shaped leaves are often ignored for the huge amount of health benefits they offer to mankind.

Known as ‘Paan Ka Patha’ in Hindi, Tamalapaaku in Telugu, Vethalapaaku in Tamil, Vattla in Malayalam, these leaves are not as bad as you imagined. Betel leaves come with several curative health benefits as they are loaded with vitamins like Vitamin C, thiamine, niacin, riboflavin, carotene and a great source of calcium.

Betel leaves possess immense therapeutic potential, which is all detailed in the ancient ayurvedic manuscripts of Charaka Samhita, Sushruta Samhita. They harbour a characteristic Tikta and Katu Rasa i.e. bitter and pungent taste and generate warmth in the body, with a strong Ushna Virya or potency. Moreover, these green bounties are blessed with Kshara guna i.e. an alkaline quality, that effectively neutralizes pH imbalances in the stomach and intestines, to vastly improve digestive health. They can easily be incorporated into the diet or consumed as pastes, powders, juices, to enhance metabolism, thanks to their Laghu Gunas of being light to assimilate in the body. They help to raise the Pitta doshas, while balancing the Vata and Kapha elements, to maintain tridoshic harmony in the system.

Betel leaf is an excellent analgesic that offers instant relief from pain. It can be used in alleviating pain caused due to cuts, bruises, rashes. Make a paste with tender betel leaves and apply it to the affected area. Betel leaf juice provides relief from internal pains in the body.

Betel leaves are a powerhouse of antioxidants that clear radicals from the body. It restores normal PH levels in the body and helps an upset stomach. Ayurveda widely recommends eating betel leaves for relief from constipation. Crush betel leaves and put them in the water overnight. Drink the water in the morning on an empty stomach to ease bowel movements.

Ever wondered why chew on betel leaf after a good meal? It is recommended because of its carminative, intestinal, anti-flatulent and for those properties that help in protecting the gut. Betel leaves increase metabolism triggering circulation and stimulating the intestines to absorb vital vitamins and nutrients.

Betel leaf widely helps in treating issues related to cough and cold. It is an excellent cure for those suffering from chest, lung congestion and asthma. Apply some mustard oil on the leaf, warm it and place it on the chest to cure congestion. You can also boil few leaves in water, add cardamom, cloves and cinnamon in two cups of water. Reduce it to 1 cup and consume this concoction two to three times a day for excellent relief from congestion and breathing issues.

Betel leaves have amazing antiseptic properties as they are rich in polyphenols especially chavicol offering dual protection from germs. It is also used extensively in treating arthritis and orchitis.

Betel leaves are bestowed with numerous antimicrobial agents, that effectively combat a host of bacteria dwelling in the mouth which trigger a distinctly bad smell, as well as issues of cavities, plaque and tooth decay. Chewing a tiny amount of paan leaves paste after meals not only boosts gut wellness but also fights bad breath, mouth odour, as well as relieves toothaches, gum pain, swelling and oral infections.

A treasure trove of anti-inflammatory compounds is found in betel leaves, which tremendously diminish discomfort and aching in the joints - prominent signs of many chronic debilitating illnesses like rheumatoid arthritis, osteoporosis etc. Warming a bunch of fresh betel leaves and tying them tightly around the affected bones and joints significantly lessen the intensity of pain, inflammation in that region and alleviates symptoms of arthritis.

Several studies have revealed that betel leaf powder has the potential to lower blood sugar spikes in newly diagnosed type 2 diabetic patients. Betel leaf is a strong antioxidant that helps in combatting oxidative stress and lower inflammation caused due to uncontrolled blood glucose and supports in the management of diabetes mellitus.

Betel leaves when taken with tobacco and betel nuts is the causative factor for increasing the risk of oral cancer. However, it should be noted that betel leaf alone is packed with valuable phenolic compounds that possess antioxidant, anti-mutagenic and anti-proliferative properties. Aside from these, betel leaves also contain a wealth of phytochemicals that possess cancer-fighting benefits.

Betel leaves is used for ages as a natural remedy for stimulating the central nervous system function. The presence of aromatic phenolic compounds in betel leaves stimulate the release of catecholamines which supports in enhancing the sense of well-being and uplifts mood. Therefore chewing betel leaves alone is a simple way to beat depression. 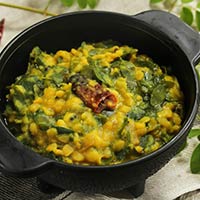 Here’s good news for all those drumstick lovers. If you love relishing tho.. 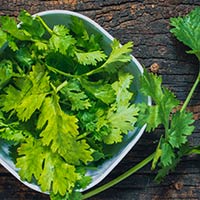 Coriander, the must-have ingredient in Indian cuisine, is scientifically termed .. 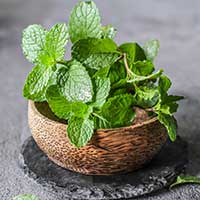 Mint or Mentha is one of the oldest herbs widely used in global cuisines and it .. 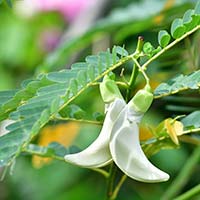 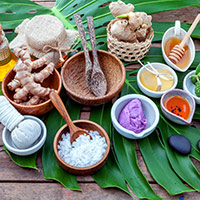 Digestive disorders are quite common nowadays. With the phased lockdown and work.. 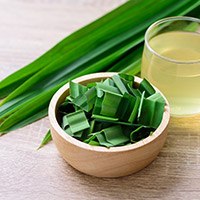 Popularly termed as “Vanilla Of The East”, Pandan leaves are the int.. 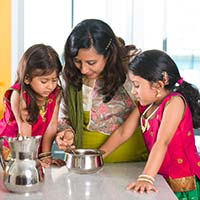