Have you ever seen a tiny little seed, very often mistaken for a grain, naturally gluten-free and packed with protein? 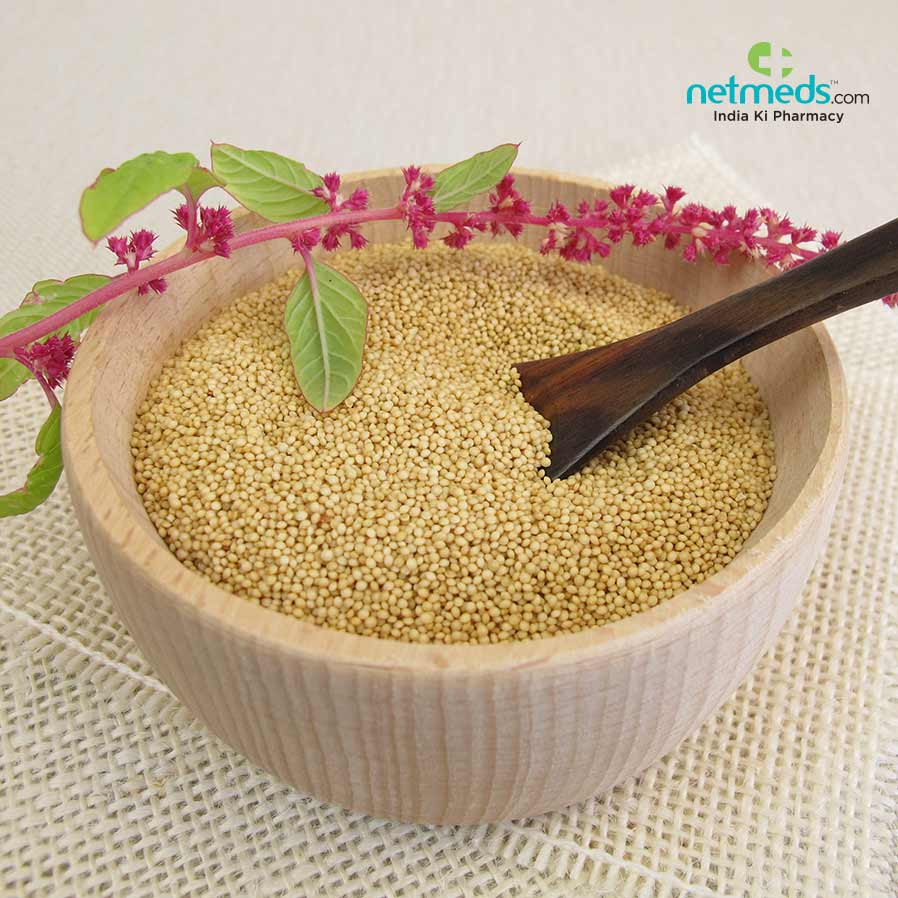 Here’s a small story on this magic seed.

A very long time ago, Amaranth was an Aztec staple. Not just serving its nutritional purposes, but also as a part of religious ceremonies.

In our country, it is popularly known as Rajgira (Royal grain) or Ramdana (God’s grain). The farmers considered it a divine gift of the gods and hence the name was given.

Amaranth is widely used in India to make sweet dishes like kheer, laddoo, chikki, halwa and the like while also it is kneaded to make paratha and puri.

One of the reasons why it is so popular is because it has become an important aspect in Hindu fasting rituals. During festivals like Ganesh Chaturthi or Navarathri, fasting is an integral part of Hindu rituals (during which consuming grains is prohibited). Amaranth serves as a very good as well as a delicious substitution for any form of grain.

Given how easily and quickly it grows, and the fact that other parts of the plant- the leaves- are also edible, The following are some of the benefits to be gained from this super-food:

· A key source of vitamins and minerals: One cup of uncooked Amaranth contains 31 percent of the required dosage for calcium, 14 percent for vitamin C, and a heart-pumping 82 percent for iron.

· Good for your heart: Research has shown that Amaranth could have cholesterol-lowering properties thanks to the phytosterols it contains.

· A great source of fibre: It’s packed with 13 grams of dietary fibre per uncooked cup, thus bound to keep your hunger at bay much longer.

· A complete high-quality protein: It contains the one thing that most grains often lack- lysine- a very essential amino acid. One cup of Amaranth contains 13-15 percent of protein

Aplastic anaemia is a blood-related disorder that occurs only in seldom instance..

7 Simple And Easy-To-Do Stretches To Rel..

Ouch! Did you bend to pick something and felt a pricking pain in your upper back..

Dill Leaves, also known as Dill weed is a green leafy vegetable that has incredi..

Tea tree oil also known as melaleuca oil is one of the essential oils that has u..